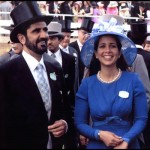 Describing the crisis in Pakistan as the largest humanitarian emergency in the world today, the UN Messenger of Peace, urged the public to step up support for the operation by donating to the UNHCR. Her message appeared in a public service announcement on television networks broadcast across the Middle East and elsewhere.

“Millions have been forced to leave, abandoning their homes, their communities and their loved ones,” she said in her message. “They arrive needing everything: shelter, food, and medical care.” UNHCR is seeking to ease congestion by expanding camps and providing solutions to host families. The UN refugee agency also wants to scale up assistance to people staying outside of camps and is procuring more relief items for IDPs and host families.

But the shortage of resources is already reducing the amount of shelter and other aide items reaching those in need. High Commissioner for Refugees Antonio Guterres has said that hundreds of millions of dollars will be needed for the overall relief effort to help the internally displaced and affected communities in Pakistan.

Established in 1950, the UN refugee agency protects the rights and well-being of refugees and others uprooted by conflict and persecution around the world. It ensures those fleeing violence are given access to life-saving assistance, as well as long-term support during exile and help with durable solutions so that they can rebuild their lives.

“Only with your help, can UNHCR revive hope, assist with shelter and meet other basic needs. Please help UNHCR,” said Princess Haya.