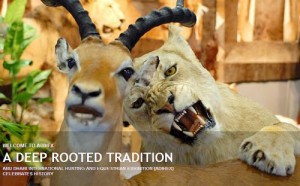 Abu Dhabi, 6th July 2009 Abu Dhabi will host the new session of the International Hunting and Equestrian Exhibition – ADIHEX (Abu Dhabi 2009), between the 30th of September until the 3rd of October 2009.

The event will be staged under the auspices of His Highness Sheikh Hamdan bin Zayed Al Nahyan, Ruler’s Representative in the Western Region and Chairman of the Emirates Falconers’ Club (EFC), ADIHEX is organized by the Emirates Falconers Club, supported by the Abu Dhabi Authority for Culture and Heritage (ADACH) and sponsored by the Breeding Farm of HH Sheikh Mansour Bin Zayed Al Nahyan in Normandy-France, Sorouh Real Estates and Abu Dhabi Sports Council.

“This year’s exhibition will be full of new and exciting competitions, especially HM Queen Elizabeth II’s Household Cavalry Musical Ride, which accepted the invitation of the Abu Dhabi Authority for Culture and Heritage to perform in ADIHEX for the very first time in the Middle East,” said Abdullah Al Qubaisi, Director of ADIHEX, in a press conference held today in Abu Dhabi.

“The Musical Ride’s participation underlines the very strong ties between Britain and Abu Dhabi and our shared knowledge and passion for all things equestrian. Part of the purpose of ADIHEX is to act as bridge between the many equine cultures and traditions around the world. The Musical Ride’s performances in Abu Dhabi represent for us a significant milestone in the evolution of ADIHEX as a truly international event,” added Qubaisi.

Qubaisi highlighted the participation of ADACH and the Emirates Falconers Club in the Second International Falconry Festival which is held July 11-12 in Britain.

“We would also like to mention that the United Arab Emirates has recently hosted a workshop, organized by ADACH, on the preparation of the international file for registering Falconry at the UNESCO. The workshop was held in Abu Dhabi for two days during which a final version of the file was drafted after an extensive study and review of the files provided by the participating delegations in the run-up to its submission to the European Union in preparation to submit a comprehensive and participative file to the UNESCO for the registration of Falconry History in the representative list of the Intangible Cultural Heritage,” Qubaisi emphasized.

“The area allocated to the bookings in ADIHEX has increased to 21,530 square meters compared to the 16,281 square meters in 2008, or an increase of 25%, owing to the strong demand from exhibitors to take part in this year’s exhibition,” he said, highlighting the role played by ADIHEX in the field of sustainable hunting, which aims to achieve a balance between the preservation of heritage and the protection of the environment, and the achievements in promoting the use of hybrid birds in captivity for falconry sport instead of the endangered wild falcons and emphasizing the UAE efforts in the preservation of the natural environment, and intensifying hubara and falcon breeding programs.

“The Exhibition has also achieved a wide popular and universal standing. It has promoted the Emirate of Abu Dhabi as a unique and attractive point for visitors and exhibitors as the number of participations in the last edition (2008) reached 526 from 37 countries. The exhibition also witnessed a staggering influx of visitors which exceeded all expectations as the number of visitors surpassed the 95,000 mark during the four-day exhibition. Contracts worth millions of UAE dirhams were signed and the exhibition’s total revenues and sales were more than 85 million dirhams,” said Qubaisi.

ADIHEX will continue its marketing and promotional plan, and the Organizing Committee will hold press conferences in Qatar, Kuwait, Saudi Arabia, the dates of 16 and 17 and August 18 respectively, with the aim of attracting more participants and visitors to the Emirate of Abu Dhabi from the Gulf Cooperation Council.

Qubaisi thanked the Breeding Farm of HH Sheikh Mansour Bin Zayed Al Nahyan in Normandy-France, Sorouh, Abu Dhabi Sports Council for sponsoring the event and the Abu Dhabi Authority for Culture and Heritage for their support and for their ceaseless efforts in order to contribute to the continuing success of the International Hunting and Equestrian Exhibition (Abu Dhabi 2009) and invited the public to visit the exhibition and enjoy its various activities.

“For the first time in the Middle East, the famous Musical Ride of Her Majesty Queen Elizabeth II’s Household Cavalry will be performed in Abu Dhabi,” said Lara Sawaya, Member of Organizing Committee, and Head Equestrian Division.

“The Musical Ride performs at all the major ceremonial occasions in the UK and this will be a unique opportunity to see them here. Thirty-six men and their horses will be traveling to Abu Dhabi for eight special performances during ADIHEX 2009,” she added.

“Another highlight is the beauty contest for Purebred Arab horses (Horse Show) and some of the best horses, will be out to capture the hearts of one and all,” she stated.

Fahad Al Ketbi, Chief Commercial Officer, said “It is also with great pleasure that I can announce that Sorouh is proudly sponsoring the Abu Dhabi International Hunting and Equestrian Exhibition. This is the third consecutive year that Sorouh has had the privilege to play a key role in supporting an exhibition that is at the heart of the Emirati culture.” WAM/TF