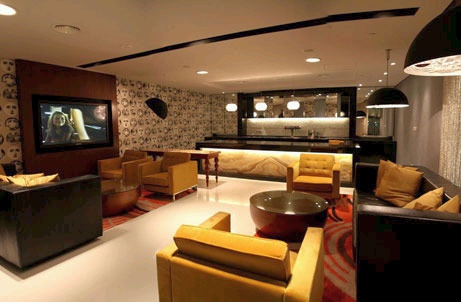 The Picturehouse, the first cinema in the UAE dedicated to arthouse, independent and award-winning classics opened recently at Reel Cinemas in The Dubai Mall. The Picturehouse has lined up five debate-rousing movies between now and the end of January.

The opening attraction is Paper Heart featuring Charlyne Yi, who embarks on a journey across America to make a documentary about the one subject she doesn’t fully understand – love. She joins the film’s director Nicholas Jasenovec as they talk to strangers, scientists, bikers, romance novelists and children in search of answers and advice. But it is when Charlyne meets Michael Cera, a boy after her own heart, that her pursuit to discover the nature of love takes on a fresh new urgency and she risks losing the person closest to her.

Other forthcoming attractions include In The Loop, a no-holds-barred political satire about two super-power presidents ready to go to war; Cold Souls, a soul-searching comedy featuring Paul Giamatti as himself agonizing over his role in a Chekov play; No One Knows About Persian Cats, the Iranian film directed by Bahman Ghobadi about Iran’s underground Rock scene; and The Shock Doctrine, an investigation of disaster capitalism. Each movie will run for between two and three weeks at a time at The Picturehouse.

Mr Gordon Kirk, General Manager, Reel Cinemas said: “The Picturehouse represents a new wave in cinema in the UAE. For serious movie lovers, it will bring a wide array of exciting classics, arthouse and independent films, which will spark debates amongst our patrons. The Picturehouse will also screen critically acclaimed films and movies from the Arab World, thus offering the first of its kind platform to promote local talent.”

Mr Suhaimi Rafdi, Chief Executive Officer, Cathay Organisation said: “The Picturehouse was Singapore’s first arthouse cinema. It has been showcasing cutting edge and critically acclaimed films since 1990 and has played an important role in Singapore’s cinematic history. When we were developing the Reel Cinemas brand, there was no doubt that we would introduce The Picturehouse as one of its key unique features in Dubai and we hope it will play an important role in the development of UAE cinemas. Boasting a multi-cultural population, Dubai is the perfect fit for an arthouse cinema with a wide audience of varied nationalities and cinematic sensibilities.”

As a special offer to celebrate the opening of The Picturehouse, Reel Cinemas has introduced The Picturehouse Passport, a booklet of tickets valid for the first five movies to show on The Picturehouse screen. This passport will be priced at just AED100, a discount of AED50 off the regular price.

The Picturehouse has its own unique identity which is epitomized in its logo designed in a 16:9 ratio that symbolizes the commonly used aspect ratio between the height and width of cinematic framing. The logo reflects a sense of independence and uniqueness which are often associated with movies and thereby creates an identity that epitomises the soul and essence of The Picturehouse.

The Picturehouse at Reel Cinemas seats just over 100 persons and has its own dedicated lounge which acts as an ideal venue for movie-goers to gather and discuss the film over light refreshments.

The aim of The Picturehouse is to entertain, inspire and engage its patrons and conjure up lively debates and discussion points from the content of the films it showcases. An ongoing calendar of events will be introduced to The Picturehouse such as discussion forums, membership schemes and themed sessions.