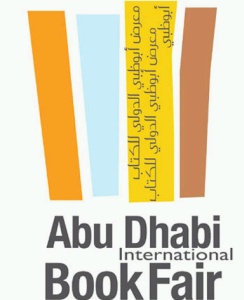 Commenting on the partnership agreement, His Excellency Jumaa Al Qubaisi, Director of the National Library and Abu Dhabi International Book Fair, said: “Building a knowledge economy relies on the strength, vision and preparedness of our education system. This strategic partnership between KITAB and Emirates College for Advanced Education establishes The Education Chapter as a solid platform upon which we can build a dialogue around the challenges ahead of us.” Co-signatory to the MoU and KITAB’s General Manager Monika Krauss said: “KITAB are delighted to be collaborating with ECAE and entering into this MoU to bring about The Second Chapter of TEC at the ADIBF 2010.

This is an opportunity for delegates to share in best practice experiences from this region and internationally. The expertise that ECAE will bring will ensure that together we can send delegates back to their classrooms with a renewed vigour and equipped with the tools of change.” Dr Ian Haslam, Vice Chancellor of ECAE and MoU co-signatory, said: “We are pleased to be partnering on this MOU today to host 2nd Chapter of TEC during the world-class event that is the Abu Dhabi International Book Fair. As the first and only stand-alone college for teachers and principals in the UAE our mission is to assist in the improvement of teaching and learning in schools, so connecting the professional workshops and resources we provide with TEC makes perfect sense.” ECAE is a partner college of the Abu Dhabi Education Council (ADEC).

First held during the 19th ADIBF, The Education Chapter brings together local and international education professionals to discuss the most pressing issues facing twenty-first century classrooms. This year’s Chapter promises to be no different. Bringing together some of the best minds in education, the conference will be held over the 3rd and 4th March. Over the course of two days delegates will participate in a range of workshops and seminars as well as a series of key-note speeches. ECAE will also provide sponsorship for 70 delegate-places.

The MoU was signed in the presence of Mr Mohamed Salem Al Dhaheri, Director of Abu Dhabi Educational Council, representing ADEC of which ECAE is a part.

Notes to Editors: KITAB KITAB was established in 2007 as a joint venture between the Abu Dhabi Authority for Culture and Heritage and the Frankfurt Book Fair, one of the most successful publishing industry fairs worldwide. KITAB was established in order to raise the bar in the publishing industry in the MENA region and ensure improved professional standards while working towards establishing Abu Dhabi as the publishing hub of the region, through initiatives such as promotional reading campaigns, improving distribution and tackling issues such as piracy and copyrighting.