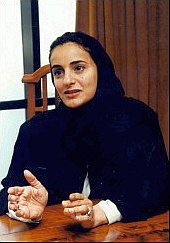 Abu Dhabi, Jan 19th, 2010 (WAM) — H.E. Sheikha Lubna Bint Khalid Al Qasimi, UAE Minister of Foreign Trade (MoFT), will lead a senior trade and investment delegation comprising around 20 federal, local and private representatives during a promotional tour in India which will run from February 8 to 12, 2010. The group will promote business and investment opportunities in the UAE to the four cities of New Delhi, Mumbai, Hyderabad and Bangalore.

The delegation will include other MoFT officials, including Director General H.E. Abdullah Ahmed Al Saleh. Representatives from the Ministry of Economy; the UAE Central Bank; the Federation of Chambers of Commerce and Industry; chambers of commerce and industry in UAE; the Department of Economic Development in Abu Dhabi; and the Free Zone Authority in Fujairah and Ras Al Khaimah will join as well, in addition to other key federal and local agencies.

A UAE exhibition of traditional industries and handicrafts for small business owners will be organized on the sidelines of the promotional tour to showcase the Emirates’ heritage businesses. This event will facilitate interaction between the two countries’ producers on possible investments and partnerships into these types of industries; it will also enhance the appeal of the UAE’s craft industries within the Indian market.

During their visit, H.E. Sheikha Lubna will meet with local ministers and trade and economic leaders to discuss the strengthening of bilateral cooperation and the development of joint investment projects utilizing the UAE’s trade and investment facilities. Representatives from the UAE’s local and federal agencies will also discuss the same issues with the host country’s government representatives and economic and investment leaders. The Sharjah-based Indian Trade Center and Exhibition in the Middle East will also highlight its achievements alongside those of Indian companies operating in the UAE in addition to the various opportunities offered by the emirate and the entire country to Indian and international investors.

H.E. stressed the importance of the promotional tour in highlighting investment opportunities in the UAE markets. The UAE’s non-oil trade with India reached USD 1.32 billion last year to surpass the 2007 figure by 48 per cent and make India the Emirates’ top international trade partner. Sheikha Lubna pointed out the key role of the Indian market in advancing the UAE’s non-oil exports, which amounted to USD 4.9 billion. The value of re-exports from the UAE to India for the same period, meanwhile, totaled USD 10.4 billion.

The UAE Minister emphasized that cooperative efforts can be undertaken in every economic sector due to similar potential in terms of expertise, modern technology, funding and energy resources, which she noted are essential investment elements. She added that further discussions in this area should be held and that special committees should be formed to follow up the implementation of future collaborative initiatives for the benefit of both parties.

Sheikha Lubna explained that India is a large consumer market with a population of more than 1 billion people, and can accommodate national products that match the quality of many foreign goods as well as products of the GCC in general.

H.E. added that the two countries could focus on joint private projects in fields such as IT, computers, and related industries in order to meet local and regional demand. These, she said, would be backed by the UAE’s numerous investment incentives and India’s technology expertise.

The Minister emphasized that India could enhance its re-exports by leveraging the UAE’s strategic geographical location, modern facilities provided to investors, and highly competitive services offered by its many world-class ports. She explained that the UAE can help Indian products gain easy access to, and avail of the various opportunities available in, the region’s market of 300 million consumers.