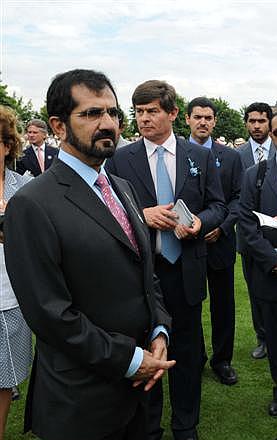 H.H. Sheikh Mohammed bin Rashid and H.H. Sheikh Hamdan bin Rashid visited the traditional tent set up by the Abu Dhabi Tourism Authority in collaboration with the Office of the Brand of Abu Dhabi and the UAE General Women’s Union