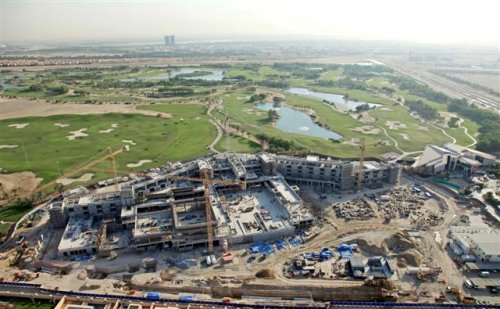 The Arabian Hotel Investment Conference (AHIC 2011) Advisory Board, comprised of over 40 of the most influential names in the Middle East hospitality industry, gathered today at the Emirates Academy of Hospitality Management in Dubai to discuss the future of the hotel sector in the Middle East and North Africa ahead of the 2011 conference.

The Advisory Board members discussed the key challenges and opportunities that are currently facing the hotel sector, debated what issues will be setting the agenda for the industry in the year ahead, in order to start planning the themes and programme for the Seventh Annual AHIC event, being held in May 2011 at Madinat Jumeirah, Dubai.

Mekouar said, “The uncertain economic outlook will continue to have an impact in the short term, but the region remains an attractive destination for investment and the market remains robust for astute investors looking to potentially access medium to long term returns.” “The Mena markets have recently witnessed the construction of a large number of hotel and hospitality-related developments, though many projects have been delayed or cancelled due to the global economic downturn. Nevertheless, the supply pipeline is still significant with the region’s hotel room supply poised to increase from 640,000 rooms to 730,000 rooms over the next five years, through to 2015,” he added.

Hotel performance within the region has been mixed over the past year with a number of GCC markets seeing declines while those in the Levant and North Africa starting to witness an upturn. Markets such as, Beirut and Damascus have seen large increases in Revenue Per Available Room (RevPAR) due to limited growth in supply, and are expected to experience continued growth, according to the Jones Lang LaSalle Hotels Mena House View for July 2010.

The interactive programme for this year’s Advisory Board meeting included discussion sessions on issues surrounding the sector, such as ownership and management structures, recent developments and agreements in the region, transactions, acquisitions and strategies for growth, geographic markets, product opportunities and brand strategies.

Jonathan Worsley, Chairman, Bench Events, commented, “We are looking forward to AHIC 2011, where we hope that the anticipated recovery in market conditions will have started to filter through to the hotel and hospitality sector. We are already beginning to see an increase in investment and M’&’A activity in the sector which I believe signals the start of a sustained recovery, which was one of the major themes of the 2010 event held earlier this year.” The Advisory Board meeting also offered a great opportunity for Emirates Academy students who were asked to brainstorm the themes and content for AHIC 2011 Conference Sessions, with the support of some of the industry experts, helping them to get a top level understanding of the major areas for discussion in the hotel industry.