DUBAI, 14th October, 2016 (WAM) – One hundred and eight drivers will compete in the first round of the Emirates Desert Championship (EDC), the UAE’s national Baja rally championship for cars, buggies, motorcycles and quads, the Automobile and Touring Club of the UAE (ATCUAE) announced today.

The fourth season of the championship kicked off on Friday, 14th October, 2016, with the opening round taking place in Dubai.

The entry list comprises of different nationalities including Emiratis, GCC nationals and other nationalities residing in the UAE as well as participants coming from outside the country. 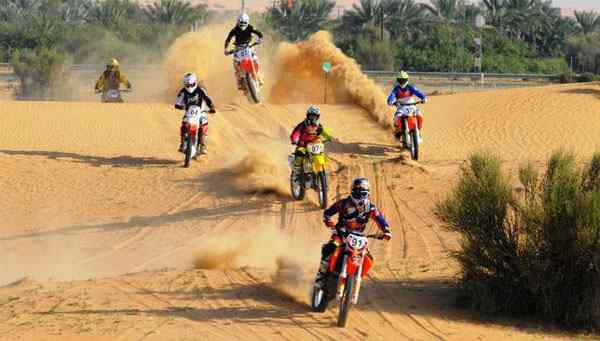 With the participation of motorsport stars as well as new entrants competing in the event for the first time, the EDC will see strong competition this season.

“The Emirates Desert Championship is the biggest local championship in the region in terms of participation size. We have 108 drivers in the first round of EDC’s fourth season coming from many different nationalities. In addition to the Emirati drivers who make up 22 per cent of the total number, we have participants from Saudi Arabia, Qatar, and Kuwait, as well as a large number from other nationalities including those living in the UAE and others who are coming from outside the country. This reflects the mutual trust between us as organisers and the competitors, who have found many attractive factors in this championship such as the low participation cost, high safety standards and the high organization level,” said Mohammed Ben Sulayem, President of ATCUAE.

The EDC is organised by the Emirates Motor Sport Federation (EMSF) with the support of the ATCUAE. – TFaham