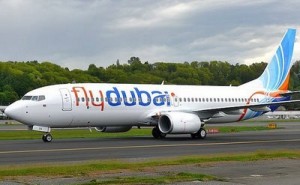 The new service will operate three times a week, on Tuesdays, Thursdays and Sundays.

Ghaith Al Ghaith, CEO of flydubai, said: “One of the reasons flydubai was set up was to operate to second tier cities that are currently underserved by airlines flying out of Dubai. While these cities may not be large enough markets for the bigger airlines, there is still a significant amount of traffic from these markets and we believe they will be important and profitable routes for flydubai.

“Djibouti has long established commercial links with Dubai, including DP World, which operates the Port of Djibouti.

“As one of the very few airlines to offer direct flights to this relatively small destination, we anticipate strong demand from both the business and leisure markets.

“We are looking forward to offering customers travelling between Dubai and Djibouti the option of flying on our comfortable and safe Boeing 737-800s and we are confident many people will want to take advantage of the flydubai promise to make travel a little less complex, a little less stressful and a little less expensive.” With a population of just half a million people, Djibouti is roughly half the size of Abu Dhabi, with a land mass of 23,000 km2 encompassing desert, highlands and plateaus. Djibouti is a republic which was formed in 1977, when the country gained independence from France. The national languages are Arabic and French.

Bordered by Eritrea, Ethiopia and Somalia, Djibouti has a long history as a trading port and is strategically located on the Gulf of Aden.

H.E.M Ali Hassan Bahdon, the Djibouti Minister of Equipment and Transport, said the new route is a great benefit to Djibouti nationals and expatriates living in the country: “The flydubai service brings us closer to many more destinations and makes our country more accessible – it will bring new visitors to boost tourism and will make the trading links with Dubai much more easily accessible. This new service is excellent news for everyone who lives and works here.” Djibouti is flydubai’s second African destination after Alexandria and the sixth destination on the network, which also includes Beirut, Amman, Damascus and Aleppo.