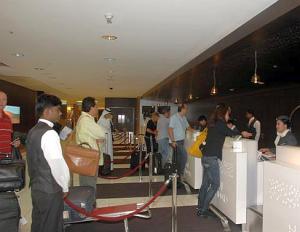 The flights will be operated by three-class Airbus A330-200 aircraft and will feature in-flight services dedicated to the Japanese market, including a tailored menu, local in-flight entertainment content and cabin crew consisting of a number of Japanese speakers and nationals .

James Hogan, Etihad Airways’ Chief Executive Officer, said Etihad was delighted to be the first Middle Eastern carrier to operate to Tokyo, and was expecting a high volume of traffic on the route, particularly business travellers.

“We also believe the variety of high profile attractions opening in Abu Dhabi in the coming years, including Ferrari World, The Louvre Abu Dhabi and Guggenheim Abu Dhabi, will be very attractive to Japanese leisure travellers,” he said.

“Japan is a key market for Etihad and will be an important focus in 2010. We have worked closely with the Japanese Government to enable us to commence services between our two capital cities, and we thank them for their support.” Etihad’s Tokyo services follow the commencement of the airline’s flights to Nagoya in February this year and code-share services with ANA this month.

Current trading relationships between UAE and Japan are strong, with trade between the countries reaching USD $ 29.21 billion (AED 107.2 billion) annually. Currently, there are approximately 350 Japanese companies operating and over 3,500 Japanese expatriates living in UAE.

Book your flight to tokyo via Emirates