Dubai has no shortage of mega projects this time it is indeed a miracle. Dubai’s desert has now been converted into an oasis of flowers at the Dubailand’s new venture the “Dubai Miracle Garden”, Billing itself as the world’s largest natural flower garden, the 72,000-square-meter attraction.

The name is apt, considering this mega-garden was -– like pretty much everything in Dubai –- built on desert land.

According Gulf News, Miracle Gardens’ landscaper, Akar, says it wants to demonstrate “that it’s possible to green the desert through judicious re-use of waste water, through drip irrigation.”

Here are some pictures of the garden courtesy Dubai Miracle Garden 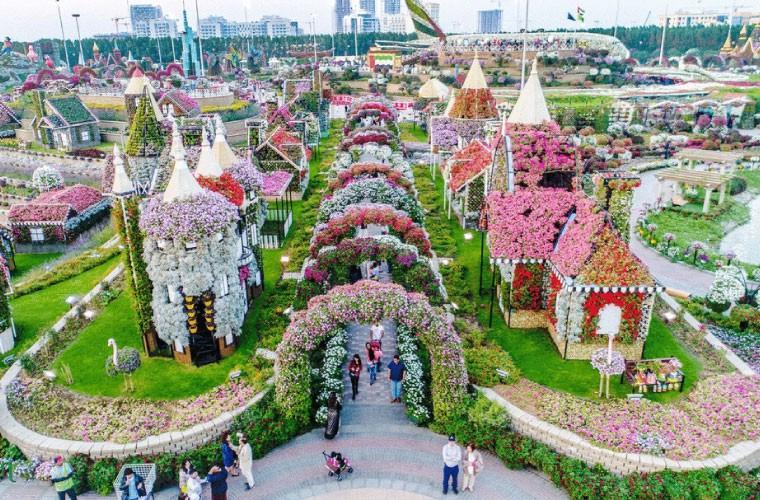 The Dubai Miracle Gardens has more than four kilometers of walkways. It’ll be a miracle if you get through it without breaking a sweat 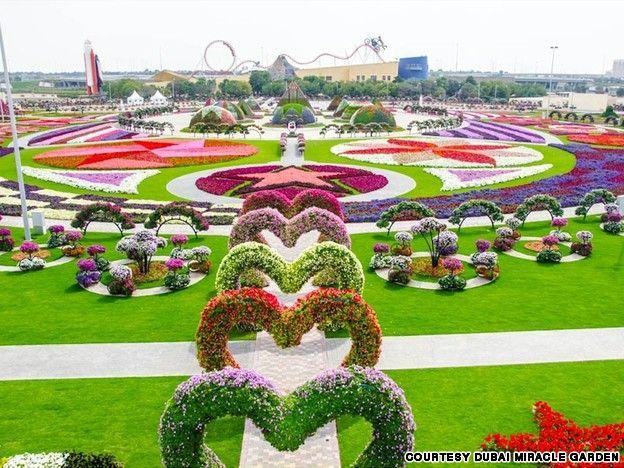 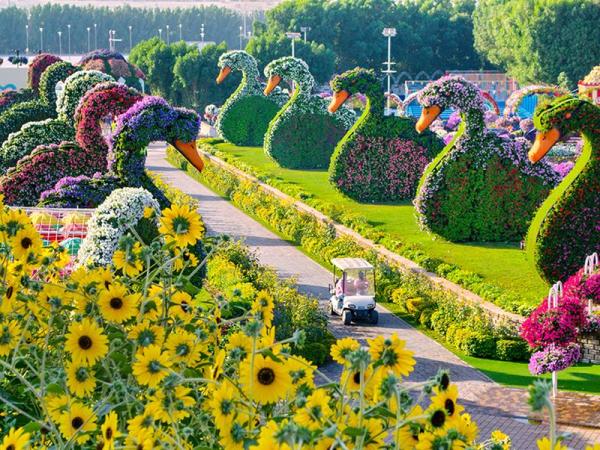 It’s beautiful! But what is it?
The Dubai Miracle Garden’s displays include flower-covered hearts, igloos, pyramids, cars, stars and this strange river of red we aren’t sure what to call. 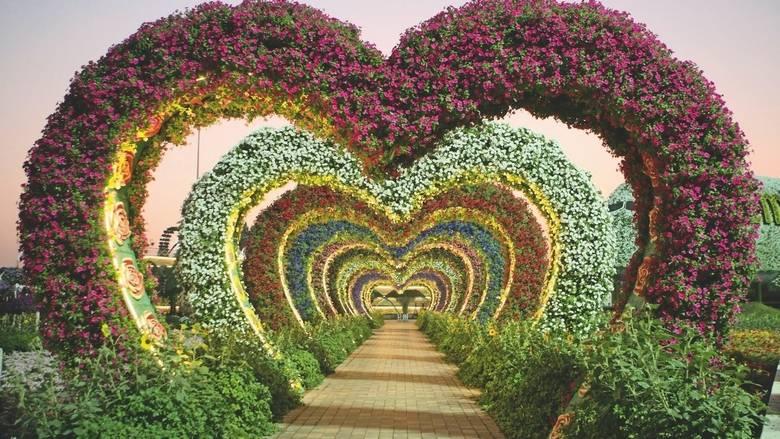 Don’t break the rules
Don’t bother trying to bring home a bouquet for the wife. “Flower picking is not allowed,” says the list of visitor rules. Also off-limits? Barbecues. Leave your hibachi at home. 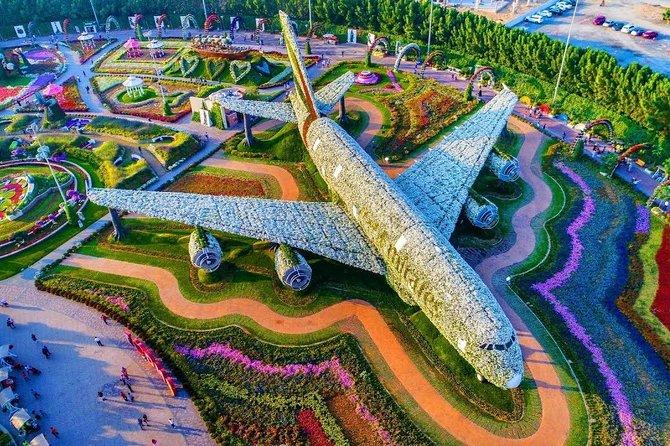 Closed for summer
The Dubai Miracle Garden will be closed from June to September, when temperatures average 40 degrees Celsius (104 F).