Al Ain the garden of UAE will have yet another Historical attraction to see. The Al Jahili fort, one of the oldest buildings in Al Ain will re-open on 3rd December after restoration. 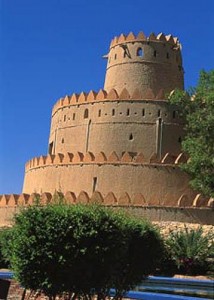 Abu Dhabi Authority for Culture and Heritage (Adach) has finished the rebuilding works and developments projects that aim to preserve the historical building and represent it as a cultural and tourist site. The reopening comes on the occasion of celebrating the 37th UAE National day.

“The Al Jahili fort Al Ain was built in 1898 and is an important historical site and one of the biggest forts in the city,” Shaikh Sultan Bin Tahnoon Al Nahyan, Chairman of Adach, told the press.

The project includes a new tourist information centre, an auditorium, a permanent exhibition for the traveller Wilfred Thesiger (who is known locally by Mubark bin London) and an audio-video program to display the history of the city and its development over the years.

“The project of developing Al Jahili fort is one of important projects which were launched by Adach in Al Ain to transform the city to a cultural and heritage site,” Shaikh Sultan said.

The local community will play an active role in the cultural seine in the city as deferent events will take place in many sites. Mohammad Khalaf Al Mazroui, General Manager of Asach, said, “Historical sites in Al Ain are being activated to attract more tourists to achieve our strategy to preserve the cultural heritage through using those sited as vinous for artistic and cultural events that will develop the cultural tourism.”

The project includes a new tourist information centre, an auditorium, a permanent exhibition for the traveller Wilfred Thesiger.

For more details on Al Ain Exotic Dubai Tours Runs a daily tour of Al Ain from Dubai which will also include the visit to this for.