Abu Dhabi: Maria Niar Indian born American director, writer, and producer will be visiting Abu Dhabi on March 3 and 4 for a special 35mm print screening of her 1988 film “Salaam Bombay” at the Abu Dhabi’s Cultural Foundation and offer classes in filmmaking at the New York Film Academy Abu Dhabi.

Maria Nair’s Class on filmmaking, will cover her work in both feature length and documentary films, the classes will take place from 9AM-12PM on March 4, 2009 at the New York Film Academy campus located next to the Abu Dhabi Television Station. 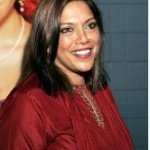 Mira Nair was born on October 15, 1957 in Rourkela, India, she is an American film director and producer based in New York. Her production company is called Mirabai Films.

She was educated at Delhi University and Harvard University. Her debut feature film, Salaam Bombay! (1988), won the Golden Camera award at the Cannes Film Festival and also earned the nomination for Academy Award for Best Foreign Language Film. She used the proceeds of the film, to establish an organization for street children, called the Salaam Baalak Trust in India. She often works with longtime creative collaborator, screenwriter Sooni Taraporevala, whom she met at Harvard.

She has won a number of awards, including a National Film Award and various international film festival awards, and was a nominee at the Academy Awards, Golden Globes, BAFTA Awards and Filmfare Awards. She was also awarded the India Abroad Person of the Year-2007

Nair lives near Columbia University in New York City where she is an adjunct professor in the Film Division of the School of Arts, and where her husband, Professor Mahmood Mamdani, also teaches. Nair and her husband first met in 1988, when she went to Uganda for the first time to research for the film Mississippi Masala. Nair has been an enthusiastic yoga practitioner for decades; when making a film, she has the cast and crew start the day with a yoga session. Nair has one son, Zohran Mamdani, born in 1991, currently attending The Bronx High School of Science. 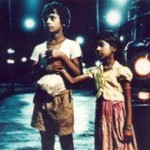 Salaam Bombay! (Hindi: सलाम बॉम्बे!) is a 1988 Hindi film directed by Mira Nair, and screenwritten by her longtime creative collaborator, Sooni Taraporevala. The film chronicles the day-to-day life of children living on the streets of Mumbai (formerly known as Bombay). It won the National Film Award for Best Feature Film in Hindi, the National Board of Review Award for Top Foreign Film, the Golden Camera and Audience Awards at the Cannes Film Festival, and three awards at the Montréal World Film Festival. The film was also nominated for the Academy Award for Best Foreign Language Film.