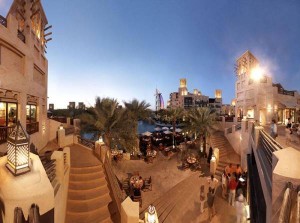 Dubai Culture and Arts Authority has said it was aiming to build a fashion and design district and change legislation to persuade foreign artists to take up residence in a new arts neighborhood in Dubai.

The plans are the latest move in a major attempt by Emirate if Dubai to put itself on the global arts map with prestigious museums, festivals and exhibits.

Mishaal al-Gergawi, projects and events department head at Dubai Culture and Arts Authority, told Reuters Global Luxury Summit in Dubai that the entity’s billion-dollar budget was dedicated to “developing the culture in the city … and infrastructures for artists.”

Dubai Culture plans to create a neighborhood dedicated to fashion, high-end design and gastronomy, he said, without giving more details. The authority is also developing legislation to allow foreign artists residency rights if they have only part-time or non-profit work, which is currently not possible.

The United Arab Emirates, the world’s third largest oil exporter, will set up an area of galleries and affordable housing for artists, similar to Spitalfields, an open market area in London featuring independent boutiques, selling fashion, music and jewelry.

Gergawi said Dubai will also build a Kunsthal museum with no permanent collection within the next 24 to 30 months to house temporary exhibits from around the world.

“We want to bring (works) from international museums who have universal collections of pre-historic times, contemporary, impressionist, antiquities, Islamic, and take them out of their comfortable space,” said Gergawi.

Agreements have been signed with the Dresden, Munich and Berlin state museums in Germany to provide exhibits, he said.

Abu Dhabi, capital of the UAE, is building a branch of the Paris Louvre museum and New York’s Guggenheim designed by world famous architects on Saadiyat Island, a luxury resort with marinas, shops and art centres.

Dubai, one of seven emirates comprising the UAE, saw an economic boom spurred by high oil prices over the past six years, resulting in a large influx of tourists and expatriates arriving for year-round sunshine and modern living.

But as the emirate suffers from a property crash and liquidity squeeze, population growth has slowed.

Dubai Culture did not have to reduce its budget due to the financial downturn, said Gergawi, but had to “reschedule” it.