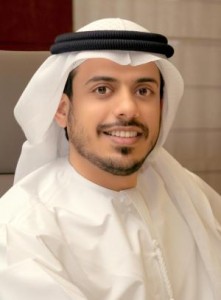 This bond issue is the first drawdown under TDIC’s $3bn GMTN Programme, the proceeds of which will be used for general corporate funding purposes. TDIC’s bond issue pays a 6.50% coupon, with a re-offer price of 99.668, yielding 6.579%, equivalent to a spread of 390 bps over US Treasuries TDIC’s bonds, which mature in July 2014 were allocated as follows:- US investors received 30% of the notes, European investors 36% of the notes, with 23% of the notes being allocated to the Middle East and 11% to Asia.

The notes were offered by a syndicate of Arrangers and Bookrunners, namely BNP Paribas, Citi, HSBC and Standard Chartered Bank. These Arrangers and Bookrunners together with Abu Dhabi Commercial Bank and National Bank of Abu Dhabi were mandated to act as Joint Lead Managers. Allied Investment Partners acted as the General Financial Adviser to TDIC.

‘TDIC has emerged as a leader in the emirate’s transformation and is helping to realise the emirate’s considerable tourism potential and strategic goals of delivering 2.7 million hotel guests per annum by 2012. A key element of Abu Dhabi’s 2030 economic plan is for the emirate to become the cultural capital of the Middle East and through TDIC’s key projects, such as Saadiyat Island, we are supporting the efforts to achieve this,’ Tabler added.

The New York-based Moody’s Investors Service assigned a foreign currency rating of Aa2 with a stable outlook to the Programme. Both Fitch and Standard ‘&’ Poor’s Ratings Services assigned ‘AA’ long term credit ratings to TDIC’s programme. This is in line with TDIC’s ratings, which were assigned in March 2009 with a stable outlook. TDIC’s issuer ratings are aligned with those of the government.