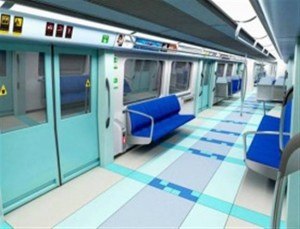 Dubai Metro is the world’s longest automated Metro system built in one go.
Dubai Metro has 100% electric operated trains, 0% carbon emissions.
It is one of the world’s most technologically advanced Metro systems.
Dubai Metro will have unique Gold Class cabins.
Fares from only AED 1.80.
Dubai Metro has Wi-Fi. mobile phone coverage across the entire network.
An average of 20˚c temprature is maintained with air conditioned
Dubai Metro has tactile guidance path to help the visually impaired move conﬁdently and
independently across the network.
Dubai Metro will have Women & Children only cabins.
There are platform screen doors, 3000 CCTV cameras, dedicated Metro police and CPR trained staff at
every station.
In all there are 29 stations across the Red Line.
The metro will be fully integrated with other modes of transport in Dubai. 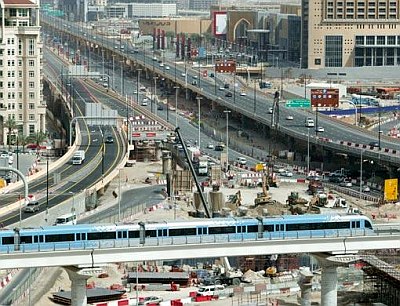 Dubai Metro tickets?
Tickets will be in form of Nol Cards which are rechargeable cards purchase-able from the vending machines in every station. These cards can be used for Metro fares as well as for for all travel fares of all RTA transport modes
and parking fees with one card.

There are four different colours of Nol Cards: silver, blue, gold and red.

Silver card costs Dhs20 (including Dhs14 of credit) and is designed for frequent travellers who just want to get from A to B. Individual fares then cost from Dhs1.80 to Dhs5.80.

The blue card costs Dhs70 (including Dhs20 of credit) and is for people who want a personalised, secured card, complete with online services and loyalty programmes. Individual journeys with blue cards also cost from Dhs1.80 to Dhs5.80.

The gold card is priced at Dhs20 (including Dhs14 of credit) and gets you access to the leather seats and carpeted Gold Class carriages. Gold fares then range from Dhs3.60 to Dhs11.60.

Red ticket costs Dhs2 and earns you one trip – or you can pay Dhs4 for one trip in Gold.

Metro times ?
Metro will run From 6am to 11pm, Saturday to Thursday, and from 2pm-midnight on Fridays. During peak hours they will run every three minutes and 45 seconds, although initially the frequency will be every 10 minutes.

What happens next?
The 19 stops that are not opening today should all be operating by February next year. Then, in June 2010, the Green Line – stretching from Jadaf on the Creek to Al Qusais – should open. The Red Line is also going to be extended, taking it to the Jebel Ali/Abu Dhabi border. In 2012 the Purple Line will link Dubai International Airport and Al Maktoum International Airport in Jebel Ali (which should open June 2010). There are plans for a Blue Line to serve the two airports along Emirates Road and even a Yellow Line, but it’s unknown where this will run. Every stop will be served by buses, abras or water taxis, all with air-conditioned waiting areas. The whole caboodle should be in business by 2015.