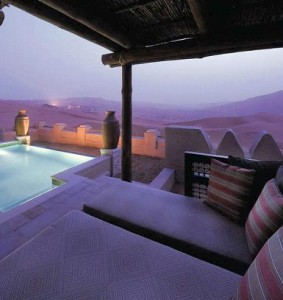 A major UAE tourism developer has announced the opening of its luxury desert resort project in the Emirates’ Western region.

Abu Dhabi’s Tourism Development and Investment Company (TDIC) said the Qasr Al Sarab Arabian desert retreat was set to open on Sunday and will give visitors an authentic taste of Emirati culture.

The resort is set among the towering dunes of the Rub Al Khali (Empty Quarter) – the world’s largest uninterrupted desert, an area made famous by British explorer Wilfred Thesiger who crossed it in the 1940s recording his experiences of the Bedouin camps. 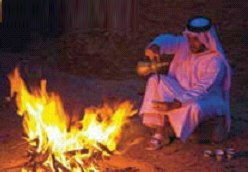 The Anantara Resort and Spa Qasr Al Sarab has been designed in the style of the ancient forts which defended the tribes who inhabited Abu Dhabi’s remote western region.

Sheikh Sultan Bin Tahnoon Al Nahyan, chairman of TDIC, said: “We are extremely proud of Qasr Al Sarab and the inspirational story behind its conception. This is more than just an extraordinary luxury resort; this is a symbol of our highly admired and respected Arabian hospitality and deep-rooted culture.”

A private 1,000 metre air strip and runway is being developed to fly visitors to the destination.

Mubarak Hamad Al Muhairi, MD of TDIC, added: “Abu Dhabi’s tourism industry is continuously growing and the launch of this unique development will ensure that visitors to our nation will have the opportunity to experience the true culture and rich history that the UAE has to offer.

“The experience we have created is a unique balance of Emirati culture, breathtaking views and the best standards of international hospitality. Every element of Qasr Al Sarab, right down to the finest detail, has remained faithful to Arab culture while embracing the rich history and heritage of the UAE.”

Tourist chiefs in Abu Dhabi say they are aiming to attract 2.7 million hotel guest arrivals by 2012 with a targeted hotel room inventory of around 27,000.