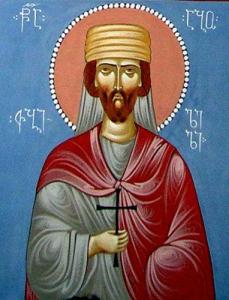 Christianity in the Arab World

Christians in the Arab World History

The New Testament has a biblical account of Arab conversion to Christianity in the book of Acts in Jerusalem in the witness of St. Peter, Chapter 2: Verse 11: “(both Jews and converts to Judaism); Cretans and Arabs-we hear them declaring the wonders of God in our own tongues!” Arab Christians are thus one of the oldest Christian communities.

The first mention of Christianity in Arab lands occurs in the New Testament as the Apostle Paul refers to his journey in Arabia following his conversion (Galatians 1: 15-17). Later, Eusebius of Caesarea discusses a bishop named Beryllus in the see of Bostra, the site of a synod c. 240. Christians existed in Arab lands from the third century onward.

Some modern scholars suggest that Philip the Arab was the first Christian emperor of Rome. By the fourth century a significant number of Christians occupied the Sinai peninsula, Mesopotamia and Arabia. Others say that the first Christian ruler in history was an Arab called Abgar VIII of Edessa, who converted.

Throughout many eras of history, Arab Christians have co-existed fairly peacefully with their fellow non-Christian Arab neighbours, principally Muslims and Jews. Even after the rapid expansion of Islam from the 7th century AD onwards through the Islamic conquests, many Christians chose not to convert to Islam and instead maintain their pre-existing beliefs.

As “People of the Book”, Christians in the region are accorded certain rights by theoretical Islamic law (Shari’ah) to practice their religion, however, strictly conditioned with first paying a special amount of money (tribute) obliged from non-Muslims called ‘Jizyah’ (pronounced Jiz-ya), in form of either cash or goods, usually a wealth of animals, in exchange for their right to worship under Islamic rule. The tax was not levied on slaves, women, children, monks, the old, the sick, hermits, or the poor.

Christian martyr Saint Abo, the patron saint of TbilisiArab Christians, and Arabic-speaking Jews for that matter, predate Arab Muslims, as there were many Arab tribes which adhered to Christianity since the first century, including the Nabateans and the Ghassanids. The latter were of Qahtani origin and spoke Yemeni-Arabic as well as Greek who protected the south-eastern frontiers of the Roman and Byzantine Empires in north Arabia.

The tribes of Tayy, Abd Al-Qais, and Taghlib are also known to have included a large number of Christians prior to Islam. The Yemenite city of Najran was also a center of Arabian Christianity, made famous by the persecution by one of the kings of Yemen, Dhu Nawas, who was himself an enthusiastic convert to Judaism. The leader of the Arabs of Najran during the period of persecution, Al-Harith, was canonized by the Roman Catholic Church as St. Aretas.

In Syria, Christians formed just under 15% of the population (about 1.2 million people) under the 1960 census, but no newer census has been taken. Current estimates put them at about 10% of the population (2,000,000), due to lower rates of birth and higher rates of emigration than their Muslim compatriots. Most Christians are Greek Orthodox , Greek Catholic and Maronite, with some Roman Catholics. The latter is caused by French rule and are mostly French

The earliest indisputable tradition of Christianity in Lebanon can be traced back to Saint Maron in the 4th century AD, the founder of national and ecclesiastical Maronitism. Saint Maron adopted an ascetic recluse life on the banks of the Orontes river in the vicinity of Homs–Syria and founded a community of monks which began to preach the gospel in the surrounding areas. The Saint Maron Monastery was too close to Antioch to enable the monks freedom and autonomy which prompted Saint John Maron, the first Maronite patriarch-elect to lead his monks into the Lebanese mountains to escape emperor Justinian II’s persecution; the Maronites monks finally settled in the Qadisha valley.During the Muslim conquest the Christians, particularly the Maronites were persecuted, the persecution culminated during the Umayyad caliphate; nevertheless the influence of the Maronite establishment spread throughout the Lebanese mountains and became a considerable feudal force.[citation needed] In the 12th century, the Maronite Church re-established its connection with the Church of Rome after hundreds of years of no contacts due to Muslim occupation of the Lebanese shores. According to Kamal Salibi some Maronites may have been descended from an Arabian tribe, who immigrated thousands of years ago from the Southern Arabian peninsula. Salibi maintains “It is very possible that the Maronites, as a community of Arabian origin, were among the last Arabian Christian tribes to arrive in Syria before Islam”.

Lebanon holds the largest number of Christians in the Arab world in proportion to its total population. It is known that they made up around 55% of Lebanon’s population before the Lebanese Civil War, but their percentage today may be as low as 40% now (1,800,000), however of the estimated 16,000,000 strong diaspora, they form a majority. Lebanese Christians belong mostly to the Maronite Catholic Church, with sizable minorities of Greek Orthodox and Melkite Greek Catholics. There are many Roman Catholics in the country due to French rule, and most of them are of French descent.[citation needed] There is, however, uncertainty about the exact numbers because no official census has been made in Lebanon since 1932. Lebanese Christians are the only Christians in the Middle East with a sizable political role in the country where the Lebanese president, half of the cabinet, half of the parliament are of the various Lebanese Christian rites.

John of Damascus an Arab monk and presbyter, 7th century (Greek icon).In Jordan, Christians constitute about 7% of the population (about 400,000 people), though the percentage dropped sharply from 18% in the early beginning of the twentieth century. This drop is largely due to influx of Muslim Arabs from Hijaz after the First World War, the low birth rates in comparison with Muslims and the large numbers of Palestinians (85-90% Muslim) who fled to Jordan after 1948. Nearly 70-75% of Jordanian Christians belong to the Eastern Orthodox Church, while the rest adhere to Catholicism with a small minority adhering to Protestantism. Christians are well integrated in the Jordanian society and have a high level of freedom. Nearly all Christians belong to the middle or upper classes. Moreover, Christians enjoy more economic and social opportunity in the Hashemite Kingdom of Jordan than elsewhere in Southwest Asia. Although they constitute less than ten per cent of the total population, they have disproportionately large representation in the Jordanian parliament (10% of the Parliament) and hold important government portfolios, ambassadorial appointments abroad, and positions of high military rank.

Jordanian Christians are allowed by the public and private sectors to leave their work to attend Divine Liturgy or Mass on Sundays. All Christian religious ceremonies are publicly celebrated in Jordan. Christians have established good relations with the royal family and the various Jordanian government officials and they have their own ecclesiastic courts for matters of personal status.

Christianity in the Arab World Book from Amazon.com