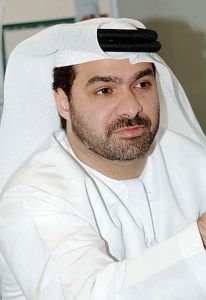 Dubai,29th Nov 2010 — After its successful participation at the World Travel Market (WTM) in London earlier this month, the Dubai Department of Tourism and Commerce Marketing (DTCM) has highlighted the steadily growing relations between the United Kingdom and Dubai over the last few years.

Eyad Abdul Rahman, DTCM’s Executive Director of Media Relation Division and Business Development, noted that in 2009 Dubai’s hotels recorded a total of 715,000 guests from the UK, and in the first half of this year this figure reached 382,000. Further, the number of tour operators promoting Dubai in the UK witnessed a 5 per cent increase last year.

Abdul Rahman added that the DTCM pavilion at WTM in London generated major response from visitors, especially from UK-based travel agencies. He noted that nearly half of the participating travel agencies attended the special dinner hosted by DTCM which served as an excellent networking platform.

Abdul Rahman also referred to the statement by the UAE Ambassador to London who described the recent visit of the British queen as historical and said that the visit comes at a time when UAE-UK relations have become closer than ever at various levels.