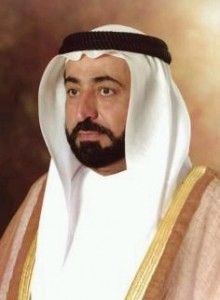 Sharjah, Nov 29th, 2010 — H.H. Dr. Sheikh Sultan bin Mohammed Al Qasimi, Supreme Council Member and Ruler of Sharjah, addressed a speech to the dramatists all over the world in which he emphasized the necessity to have a new theatrical movement at a time when the call for cooperation and brotherhood began to recede.

In a speech to “Arab Theatre” magazine, Sheikh Sultan expressed his thanks and appreciation to the United Nations Educational, Scientific and Cultural Organization “UNESCO” in recognition of its great work in the educational, scientific and cultural fields allover the world.

He also expressed his thanks to the International Theatre Institute in recognition of its important role as a channel of communication between Western dramatists and Third World countries.

His Highness also asserted that promotion of theatre in the third world countries will not be achieved by seminars and brochures only but also by taking practical steps in this regard.