Just when you thought the city was slowing down for summer, His Highness Sheikh Mohammed Bin Rashid Al Maktoum, Vice President and Prime Minister of the UAE and Ruler of Dubai, announces a huge new development unlike anything the city has seen before. And it includes the landmark relocation of Wild Wadi – Dubai’s first dedicated waterpark.

Breaking ground this June 2017, Marsa Al Arab, Dubai Holding’s new US$1.7 billion (Dhs6.3 billion) tourist destination development in the emirate, is set to be developed on two brand-new islands sitting either side of the Burj Al Arab.

One island is set to be dedicated to entertainment and family tourism, while the other will host an exclusive luxury resorts. The islands will add a combined 2.2 kilometres of beachfront to the emirate, along with three new hotels, 400 new food and beverage outlets and a number of new tourist attractions. 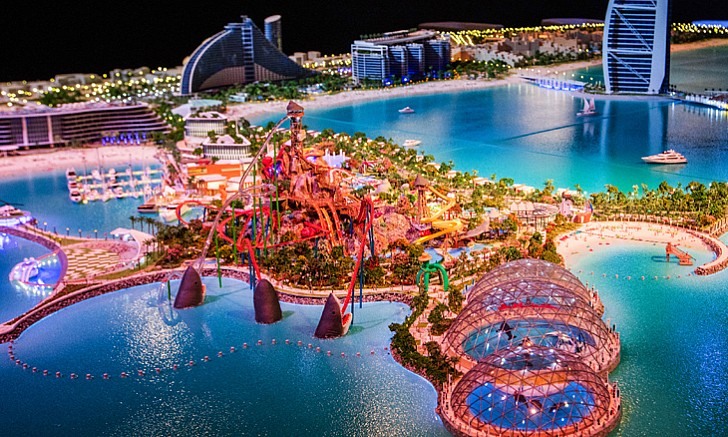 Dubai Frame due to open in October
Jumeirah Group (they of the Madinat Jumeirah complex, Burj Al Arab and many more of the UAE’s most instantly recognisable hotels) will introduce new leisure concepts to the family resort island, which will also house the soon-to-be-relocated Wild Wadi Waterpark, which will more than double in size at its new home.

Meanwhile, a “Marine Park” will be developed by Dubai Holding, becoming a first-of-its-kind edutainment centre for the Middle East, with a 1,000-capacity live theatre to showcase different elements of marine life. 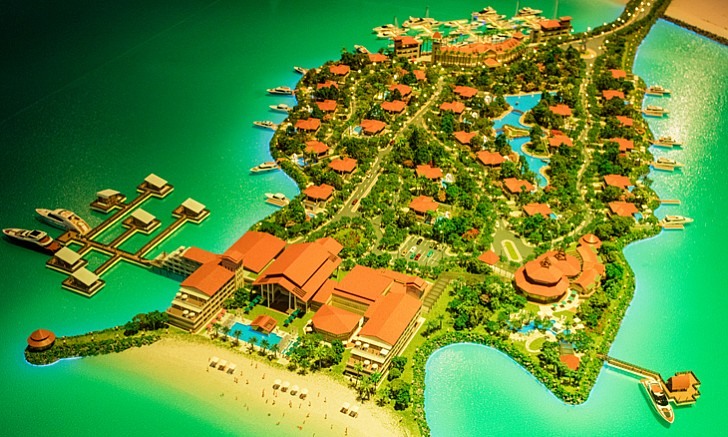 Marsa Al Arab will also be home to a private yacht marina and yacht club, as well as an assortment of restaurants and cafés. No Dubai development is complete without a retail component, and a 20,000 square metre shopping centre is certain to provide just that. A 1,700-capacity theatre, which will become home to the renowned Cirque du Soleil, completes (for now) the entertainment line-up.

Dubai Holding will also develop 140 Jumeirah Group-operated luxury villas on the “exclusive private island”, featuring a marina for residents, and a boutique hotel.

The project is expected to be completed by late 2020.