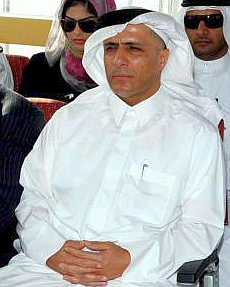 Dubai, 31st Oct. 2009 H.E. Mattar Al Tayer, Chairman of the Board and Executive Director of Roads ‘&’ Transport Authority (RTA), opened the Metropolitan Railways Assembly organized by the International Association of Public Transport (UITP) in the presence of the President of the UITP H.E. Allen Feluchi and more than 60 senior international executives of light and express trains.

The gathering also included consultants and experts of electrical, mechanical and constructional engineering associated with the metro projects among the members of the UITP.

At the onset of the Metro Assembly, Al Tayer welcomed the participants to the UAE and said: “The United Arab Emirates is witnessing a tremendous economic growth, thanks to the wise leadership of HH Sheikh Khalifa bin Zayed Al Nahyan, President of the UAE, and HH Sheikh Mohammed bin Rashid Al Maktoum, Vice-President and Prime Minister of the UAE and Ruler of Dubai. The wisdom of our distinguished leaders has turned the country into a landmark business hub enhanced by a robust and diverse economy.

”Given its broad international profile, free economic policy, emphasis on delivering the best services at the least possible costs, and the superb infrastructure in all fields; the country has made successes in attracting investors and businessmen, and established a prosperous transport sector; which has recently been crowned by the inauguration of Dubai Metro, the world’s longest driverless Metro system to be constructed in a single project. Dubai Metro is an inspiration of HH Sheikh Mohammed bin Rashid Al Maktoum. It marks the intention of His Highness to provide integrated roads ‘&’ transport infrastructure, and to deliver a metro network using the best rail technology the world has to offer.

The RTA Chairman reviewed the key features of the Dubai Metro Project encompassing the unique design of the metro stations in a peerless innovative architectural style that reflects an excellent blend between modernity ‘&’ authenticity. It comprises the four elements of nature (water, air, fire and earth) besides the heritage design of Al Ras and Al Ghubaiba Stations.

More than 30,000 engineers and workers hailing from 5 main contractors and 150 subcontractors have worked in this enormous project, and sophisticated methods have been used in constructing the metro viaducts using 10 gantry cranes, and 3 tunnel boring machines.

He added: “Diverse methods have been introduced for paying metro fare using the automated fare collection cards (Nol), and wireless internet connectivity (WiFi) is provided all over the metro stations and trains. Each train has a capacity of about 640 passengers. Air-conditioned footbridges have been constructed and fitted with travelators ensuring smooth passenger traffic with full attention to meeting the requirements of special needs persons.

While constructing Dubai Metro, RTA has managed to overcome a host of challenges at the top of which is delivering the project on time (about four years) considered a record period, as the completion of such projects usually takes 3 times this period. The list of challenges also include building the world’s longest driverless Metro system to be constructed in a single project, recording an average accident rate below the international rate with one injury per one million working hours, and providing the highest level of architectural finishes in the trains, stations and annexes.

RTA has also attended to achieving full integration with other modes of transportation such as buses, taxis and water transport, building the largest underground metro station in the world at Union square with a total area of 220,000 square feet, using state-of-the-art technology in the rail industry and providing every comfort and entertainment packages to passengers, and operating the Metro system transporting passengers from 200 nationalities from different backgrounds”.

The conference, which is held biannually, discussed several issues related to construction, and operation of the metro projects such as funding the metro projects, integration between mass transit modes, and using eco-friendly clean energy. It also reviewed the new methods in construction works of Dubai Metro, operation-related legislations, displaying models of metro operation across the world, safety ‘&’ security issues of metro operation, and how to cope with emergency and accidents.

RTA organized visits to Dubai Metro for the visiting delegations including several stations. The attendants hailed the completion of Dubai Metro in a record time, albeit its massive nature and were impressed with the trains, as well as the designs and top-class specifications ‘&’ finishing works of the metro stations.