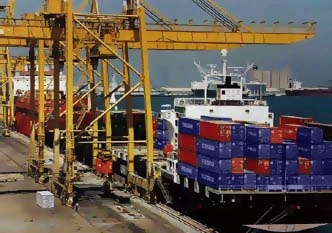 Abu Dhabi, Feb 21st, 2010 Abu Dhabi is all set to welcome in Mina Zayed one of the most advanced cruise liners afloat – the 92,600 tonnes Costa Deliziosa – which is making her maiden call tomorrow in the UAE capital.

The luxury liner is due to berth in Abu Dhabi nine times this season as part of the company’s new Jewels of the Emirates tour.

Abu Dhabi Terminals is planning to welcome the liner, its 934 crew and 2,159 guests, two-thirds of whom are Italian, German, Austrian and French, with a water canon salute as she makes her stately maiden arrival in Mina Zayed as part of her Grand Inaugural Cruise.

Costa Cruises, Italy’s largest travel group and Europe’s leading cruise company, expects to make 28 calls in Abu Dhabi with 65,000 guests in transit this winter cruise season with the deployment in the Arabian Gulf of Costa Deliziosa, its sister ship Costa Luminosa and the liner Costa Europa – a 20% increase on last year. The company was the first to market regular cruises in the Arabian Gulf spurring Abu Dhabi’s and the UAE’s cruise potential.

Costa Deliziosa is the fourth major cruise liner to make a maiden sailing into Abu Dhabi within three months, following last December’s arrival of Costa Luminosa and last month’s arrival of both Costa Europa and Royal Caribbean’s �Brilliance of The Seas.’ “The inclusion of Abu Dhabi in the itineraries of these two cruise heavyweights is a major boost to our tourism prospects,” said Lawrence Franklin, Strategy ‘&’ Policy Director, Abu Dhabi Tourism Authority (ADTA). “It allows us to touch base with a significant number of international visitors who we hope will enjoy their tours of the destination and be sufficiently impressed to return.” ADTA is laying on a number of heritage experiences for the passengers as they disembark from the liner – the 15th in the Costa Cruises fleet – including traditional Ayala dancing, rose water welcomes, henna experiences, falconry displays and calligraphy demonstrations.