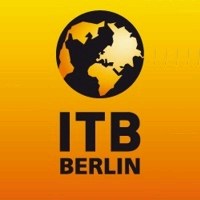 Berlin, 14th March 2010 (WAM) — The emirate of Sharjah was awarded the Best Arab World Exhibitor Award amidst heavy competition at the International Tourism Bourse in Berlin, Germany. The award is granted based on an evaluation by the Business School at the University of Cologne of the 11,000 participating stands concerning design, creativity, promotional materials and information provided to ITB visitors. The Sharjah stand complied with all the requirements, seeing more than 25,000 visitors flocking to its stand during the exhibition.

Commenting on Sharjah’s accomplishment at the ITB, Al Qassimi stated that the award – the fourth consecutive award for Sharjah at ITB – reflects the hard work put in by the SCTDA to promote Sharjah by painting a bright picture of the emirate at various international events.

Added Al Qassimi: “The international award gained today, which will be added to the vast list of accomplishments of the SCTDA, adds more responsibility and commitment towards supporting Sharjah’s status on the international tourism map, which we are keen to maintain under the support and guidance of H.H. Sheikh Dr. Sultan bin Mohammed Al Qassimi, Member of the Supreme Council and Ruler of Sharjah.

“The International Tourism Bourse is undoubtedly one of the most distinguished travel and tourism events in the world, and Sharjah, through 13 years of participation, was again able to achieve successful participation at this international event by winning the Best Arab World Exhibitor Award for the fourth consecutive time, which I’m sure will be a driving inspiration for further achievements in the future.” He added: “As in previous years, the SCTDA stand was beautifully designed to reflect the emirate’s tourism, cultural and historical identity over an area of 303 sq. meters, with accurate publications in both English and German distributed to ITB visitors. A major part of the stand was specified to present and promote Sharjah’s cultural features, and included activities such as Emirati folklore shows, Henna drawing and genuine Arab hospitality.” Spearheaded by Al Qassimi, the delegation representing Sharjah at the International Tourism Bourse included members from 16 establishments from both the government and private sectors.

The SCTDA’s participation in the exhibition is in line with Sharjah’s strategies to promote tourism around the world, to put Sharjah at the lead in terms of the global tourism scene, and to promote the tourism sector in the emirate, which attracts more and more tourists each year due to its distinguished tourism aspects.

The international Tourism Bourse is one the biggest exhibitions concerned with the tourism industry, gathering a host of tourism experts from all over the world, with more than 10000 participants each year. This year’s ITB edition covered an area of over 160,000 sq. meters, with 12,000 participants from around the world.