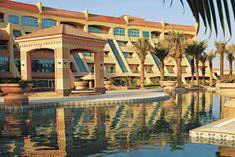 WAM ABU DHABI, 20th Jan. 2009: The hotel and hotel apartments classification system introduced by Abu Dhabi Tourism Authority (ADTA) is prompting a range of upgrades for hotels throughout the emirate.

With the preliminary classification of Abu Dhabi’s 49 hotels and 47 hotel apartments now complete, many properties have signalled their intention to implement upgrades before the final categorisation, which is expected around June this year.

“Preliminary inspection of all properties is complete with owners and operators receiving the results,” explained Nasser Al Reyami, Director Tourism Standards, ADTA. “A significant number have opted to implement upgrades to boost their classification rating before the final deadline.” Upgrades to be undertaken include the creation of new outlets, replacement of linen and furniture, the introduction of additional facilities for handicapped guests and of valet parking.

Abu Dhabi’s classification system is the result of a two-year development programme carried out in close consultation with the private sector.

“This collaborative approach has served us all well – the inspections and resulting classifications have gone very smoothly with everyone having bought into the process and understanding the rationale of delivering enhance destination integrity,” explained Al Reyami.

As of June, the distinctive ADTA classification signs will go up outside accommodation properties throughout the emirate signifying the star ratings of hotels and the deluxe, superior or standard rating of hotel apartments.

“The system is a key tourism management tool acting as guidance information allowing guests to make informed choices about which properties to stay in and managing their expectations,” explained Al Reyami.

The classification system is also expected to be a guideline for developers playing a key role in supplying the 13,000 additional rooms Abu Dhabi requires to meet the ADTA’s hotel guest target of 2.7 million annually by 2012.

Abu Dhabi’s classification system is one-of-a-kind combining, for the first time in the industry, both mandatory and scoring methodologies. It operates to international standards and has been benchmarked against 35 worldwide destinations, including Switzerland, Singapore and the USA.