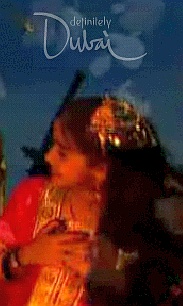 The Travel Tourism sector in Dubai is once again in top gear for the coming winter season, with packages and market-specific promtions to lure tourists, Arabian Business247 reported in its report today.

DTCM the Dubai Department of Tourism and Commence Marketing along with the hotel and travel industry has doubled its sales promotion efforts in the UK and Europe to increase tourist arrivals in Dubai.

DTCM is all set to make a big splash with the “Definitely Dubai” brand at the World Travel Market (WTM) in London in a few weeks time.

He added that at this year’s Dubai stand at WTM, there would be 77 co-participants representing hotels, hotel apartments and tour operators. These would include Dubai Shopping Festival, Dubai Naturalisation and Residency Department and Dubai Police.

The Dubai stand is expected to attract fresh business from the UK and Europe, DTCM said in a statement.

The arrivals from the UK had dropped earlier this year, said industry executives. Hotel operators such as Rotana too have redoubled their sales efforts in the UK.

“The UK is a really important and year-round feeder market for Dubai, so we have increased our promotions there,” Naeem Darkazally, Area Director – Sales and Marketing for Rotana Dubai and Northern Emirates told Emirates Business.

Hotels are also running a number of promotions in other European markets to attract tourists to Dubai.

A report by Business Monitor said tourism arrivals into UAE will be three per cent lower this year compared to the 10 per cent growth seen in 2008 over 2007.

This was attributed to the economic problems seen in the US and Europe, key markets for the UAE.

In its UAE Tourism Report Q3, the research house said: “Our forecast of negative growth in tourist arrivals in 2009 remains minus three per cent year-on-year.” But it also predicted a “slight recovery in growth” in 2010.

“The poor outlook for the tourism sector in the short term is based on the impact of further downward revisions this quarter to BMI’s forecasts for the UK and key European economies which together accounted for 40 per cent of all arrivals in the UAE in 2007,” said the report. “Taking into account a much weaker growth in tourist arrivals to Dubai in Q1 2009 and a slowdown in growth of arrivals to Sharjah and Abu Dhabi last year, BMI continues to maintain that the UAE will face a challenging period ahead in the tourism sector.”

The DTCM and the hotel industry in Dubai have timed their marketing expecting a revival in the tourism sector in 2010.

According to the latest UN World Tourism Organisation (UNWTO) Tourism Barometer report, the decline in international tourism may have started to bottom out.

The Middle East (minus eight per cent), although well down on the growth levels of previous years, already saw a shift to positive growth between June and September.

In Europe (minus eight per cent), destinations in Central and Eastern Europe were the most affected, but results for all other sub-regions were close to the average.

Asia and the Pacific (minus five per cent) shows the clearest signs of improvement with growth already positive in August driven by the encouraging results of North-East Asia.

In the second quarter, hotels in Dubai posted a 4.09 percentage points higher average growth in revenue per available room (Revpar), compared to the corresponding period in the previous year, said new research.

According to the Deloitte analysis of STR Global data of hotel performances in the Middle East, Revpar, an industry benchmark, showed a small increase in September relative to August.

The research showed “occupancy decreased by 10.6 per cent in September 2009 compared to August 2009. The average growth of occupancy in the quarter July-September 2009 is 1.86 percentage points higher than in the same period in 2008”.

Rob O’Hanlon, Tourism, Hospitality and Leisure partner at Deloitte in the Middle East, said: “Dubai has now an impressive portfolio of international hotels. As global confidence returns, it is likely that Dubai will be well positioned to benefit from the changing environment. Innovative programmes by leading hotel companies are assisting Dubai in effectively managing the increase in supply of hotel rooms.”

Revpar in the Middle East increased in September compared to August by 6.57 per cent, reversing the trend observed in 2008. Year-to-date September Revpar was 18 per cent lower than Revpar in the same period in 2008.

“The fourth quarter is a very important time of the year for the hotels in Dubai. November is very healthy [as far as bookings go] with a number of key events, such as the Dubai Air Show taking place in Dubai, which will give a boost to occupancies,” said Rotana’s Darkazally.

“We have a number of promos going for Christmas and New. We also expect a strong Eid with arrivals from the GCC countries.”

International hotel operators such as Starwood and Marriott are also doing a number of promotions for forthcoming Eid break.

Hoteliers said they are anticipating a lot of traffic from within the GCC countries.

“For the upcoming Eid period, our hotel is targeting the GCC, Turkey, Iran and North Africa. We are working very closely with travel agents in the respective countries and we are happy to note the strong demands so far and we are confident that it will increase even further,” said Deeksha Trivedi, Director for Sales and Marketing of Sheraton Dubai Creek Hotel and Towers.

“For the Christmas and Year End festive period, our main focus will be on strong markets like Greece, Russia, the UK and Italy. We are running early bird promotions which are working well for us.”

Talking about the promotion for the Eid holidays, Jeff Strachan, Area Director, Sales and Marketing, Middle East and Africa at Marriott Hotels International Limited, said: “We anticipate that Eid followed by UAE National Day on December 2 will be a busy period for the city. Our hotels are popular within the Gulf and we do have a number of packages and promotions available.”